Colin Kaepernick celebrated “Unthanksgiving Day” by ripping the “US government” for having “stolen” over a “billion acres” from indigenous people, during an annual ceremony held in San Francisco, California, Thursday.

“The US government has stolen over 1.5 billion acres of land from Indigenous people. Thank you to my Indigenous family, I’m with you today and always,” the former 49ers quarterback wrote in a tweet Thursday afternoon:

Spent the morning at the Indigenous People’s Sunrise Ceremony on the 50 year anniversary of the Occupation of Alcatraz. The US government has stolen over 1.5 billion acres of land from Indigenous people. Thank you to my Indigenous family, I’m with you today and always. 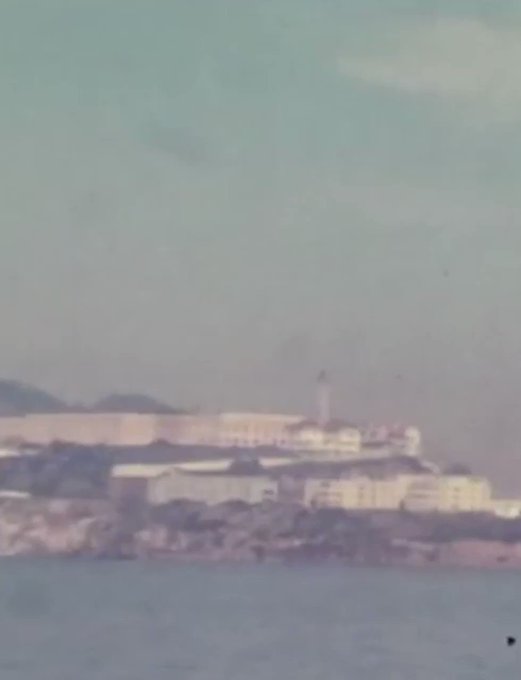 “It’s been 50 years since the occupation,” he said during remarks given at the event, “And that struggle has continued for that 50 years.”

Before that 50 years, it will continue from this point. It’s our responsibility to honor our ancestors and honor our elders by carrying on that struggle. Don’t let their sacrifices be in vain. That’s why it’s important for all of us to be here today, to show that we’re together, that we’re unified, that we have that solidarity. And I hope to spend many more of these with you.

“After the famed prison shuttered its doors in 1963, Bay Area Native Americans began lobbying to have the island redeveloped as an Indian cultural center and school,” according to History.com.

Indians of All Tribes made a final attempt to seize Alcatraz in the early morning hours of November 20, 1969—this time with an occupation force of 89 men, women and children. After sailing through San Francisco Bay under cover of darkness, the Indians landed at Alcatraz and claimed the island for all the tribes of North America.

Ignoring warnings that their occupation was illegal, they moved into the old warden’s house and guards’ quarters and began personalizing the island with graffiti. A message appeared on the water tower reading: “Peace and Freedom. Welcome. Home of the Free Indian Land.” Other buildings were tagged with slogans like “Red Power” and “Custer Had It Coming.”

Thursday morning, several thousand participants disembarked from ferries on the island and gathered around a bonfire while holding flags and hats that read “Make America Indigenous Again,” according to Mother Jones.

Kanyon Sayers-Roods, who is indigenous of the Mutsun Ohlone, told the outlet this week that she has attended the “Unthanksgiving Day” celebration all her life.

“Thanksgiving is a time to honor truth in history. I want to be mad at the holiday, however it’s still rooted and founded in Indigenous practice of celebrating the harvest in the fall,” she said, adding “This is a colonialist and capitalist holiday, but it can still be a time to share space with family and the land.”